As a 24-year-old fresh out of Universidad Nacional Autónoma de México, where he studied under the legendary Spanish-Mexican architect Félix Candela, Alfonso Ramírez Ponce designed a brutalist cement and glass restaurant and event space that opened onto the man-made Lago Mayor of the Bosque de Chapultepec in Mexico City. Imagine the Loeb Boathouse in Central Park with a bat-wing paraboloid roof designed by an architect so young he was uncredited build it long after its debut in 1964.

What began as an urban planning project as the The 1968 Summer Olympics quickly turned into a series of restaurants, a classy nightclub, and now a multipurpose cultural center. “I came as a teenager; That was it place of banquets”, recalls Cristobal Riestra, owner of Mexico The city’s premier OMR gallery, who is a project partner. 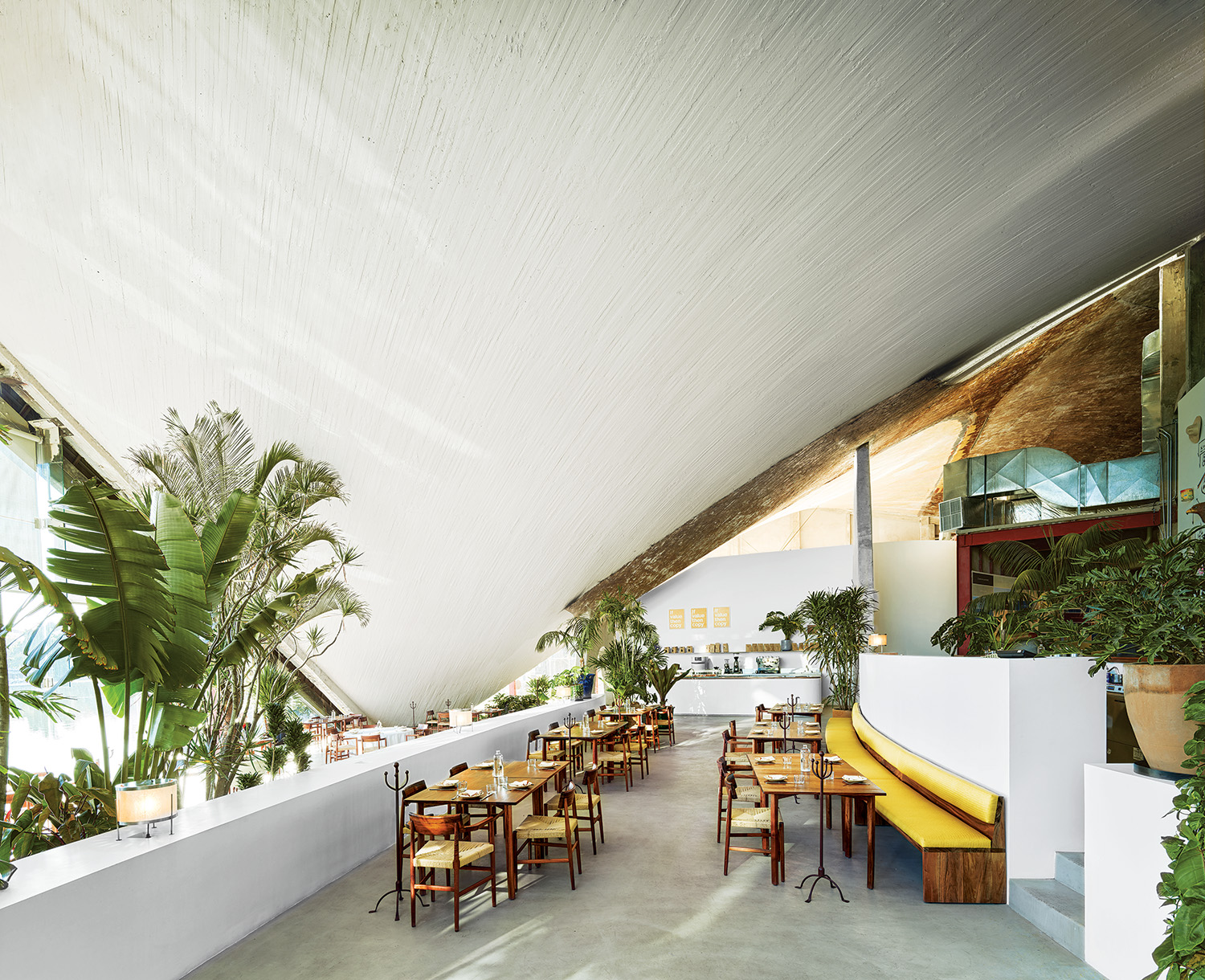 By reinventing Ponce’s original, local structure architectural firm Naso removed the old finishes and makeshift walls, revealing a brutalist bunker that was renamed Lake/Algo. Lago is a farm to tablee restaurant designed by chef Micaela Miguel. Algo, who translates to “something”, is an exhibition space that Riestra inaugurated during Zona Maco with the sprawling band show “Form follows energy”, competition by revered merchant José García Torres and OMR. 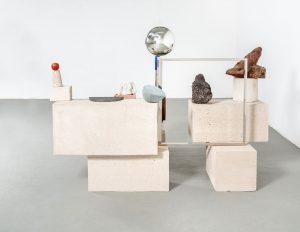 “The powerful syllogism of modernism is ‘form follows function,” but if you extrapolate that to a larger idea beyond its functionalist purpose in architecture, that’s why you take a thousand-year-old tree and turn it into a table,” says Riestra. 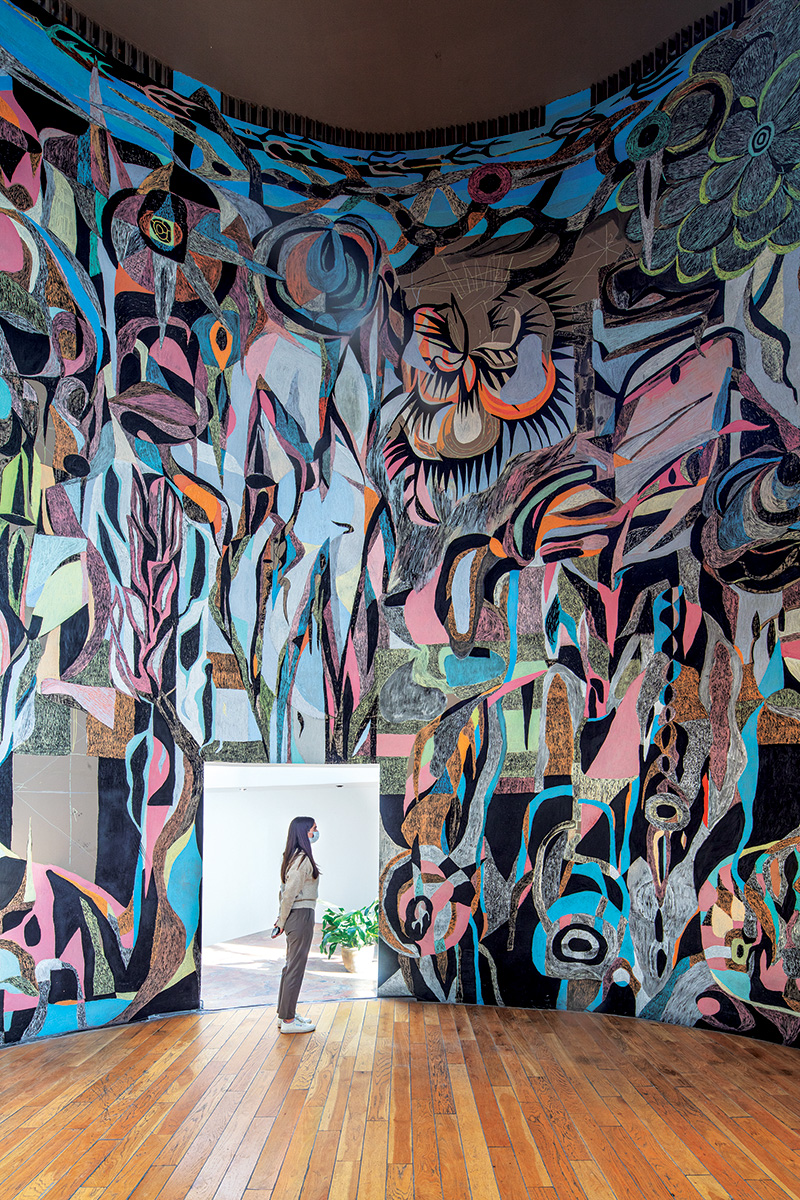 To respond to this vanity, the exhibition offers more than 45 multimedia works by 27 international artists, including James Turrell, Alicja Kwade and the artist trio Troika. A biomorphic chalk mural by Yann Gerstberger fills the cylindrical hearth, which leads in one direction to the dining area, where visitors will find murals by Jorge Méndez Blake and Gabriel Rico. In the other direction, a the stairwell rises to a light-flooded promontory that houses the work of Eduardo Sarabia The Conquest of Mexico, a series of ceramic vessels perched on boxes, the tops of which are painted with different game boards and the sides of which display Mexican political party logos. 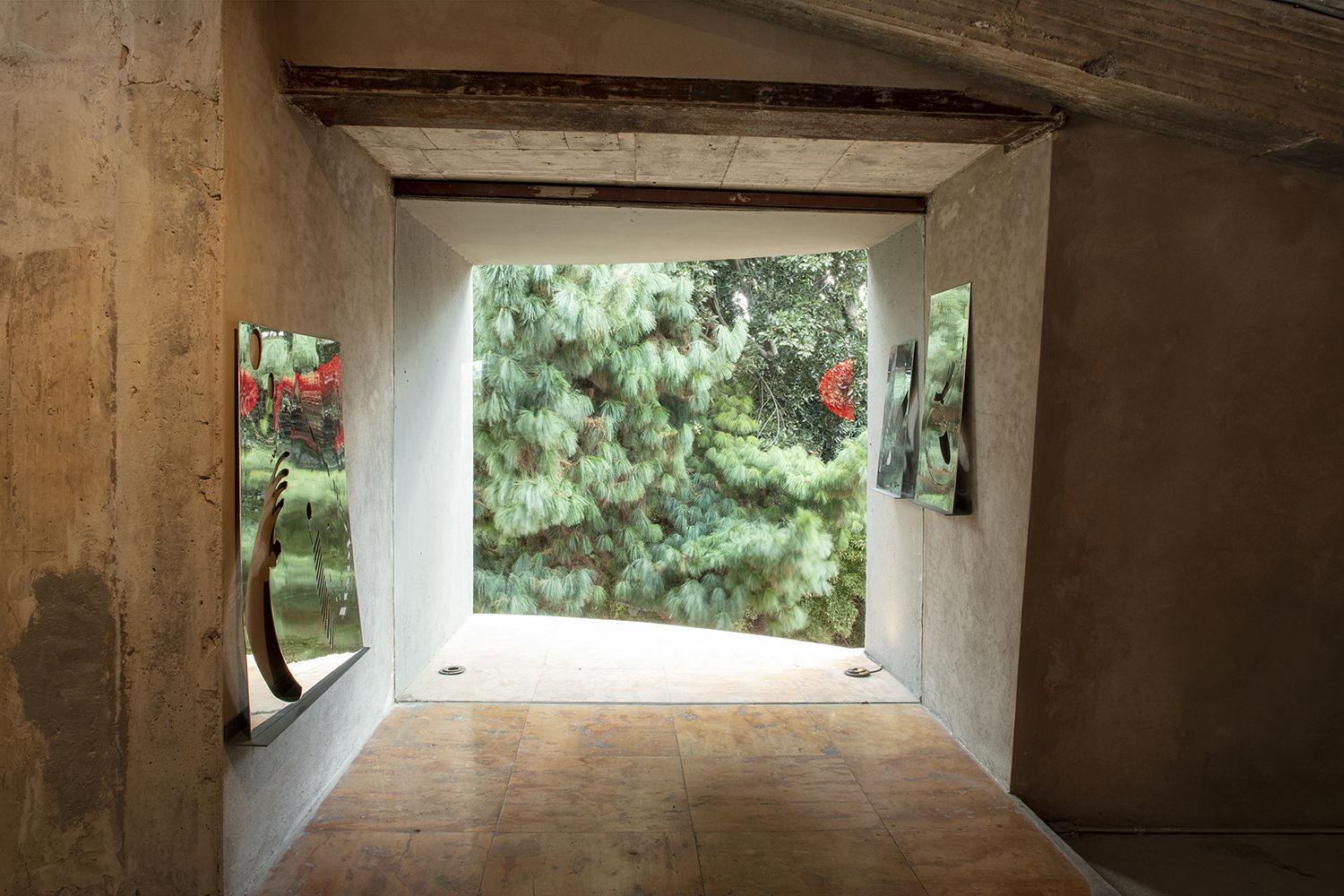 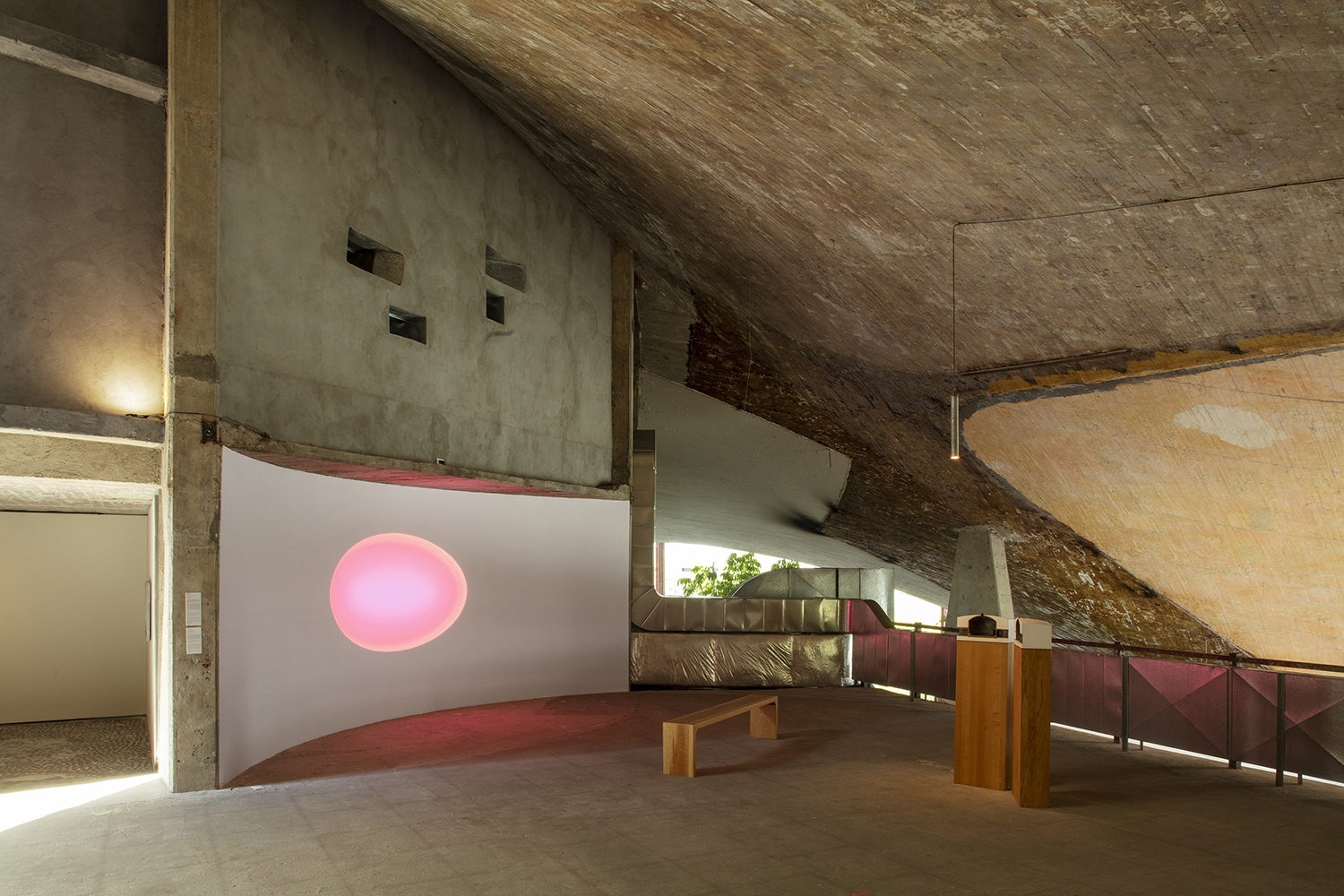 are also visible Christian Jankowski’s video Crying for the March of Humanity, for which he hired telenovela actors to recreate gory scenes, and Superflex’s Modern Times Forever (Stora Enso Building, Helsinki), a ten-day CGI video that imagines the evolution of a building over thousands of years. “Turrell once told me that civilization is maintenance,” says Riestra, pointing to Jose Dávila’s work. The stone which the builder refused, a sculpture made up of three marble slabs held together by ratchet straps. “If one of them collapses, they all collapse.” 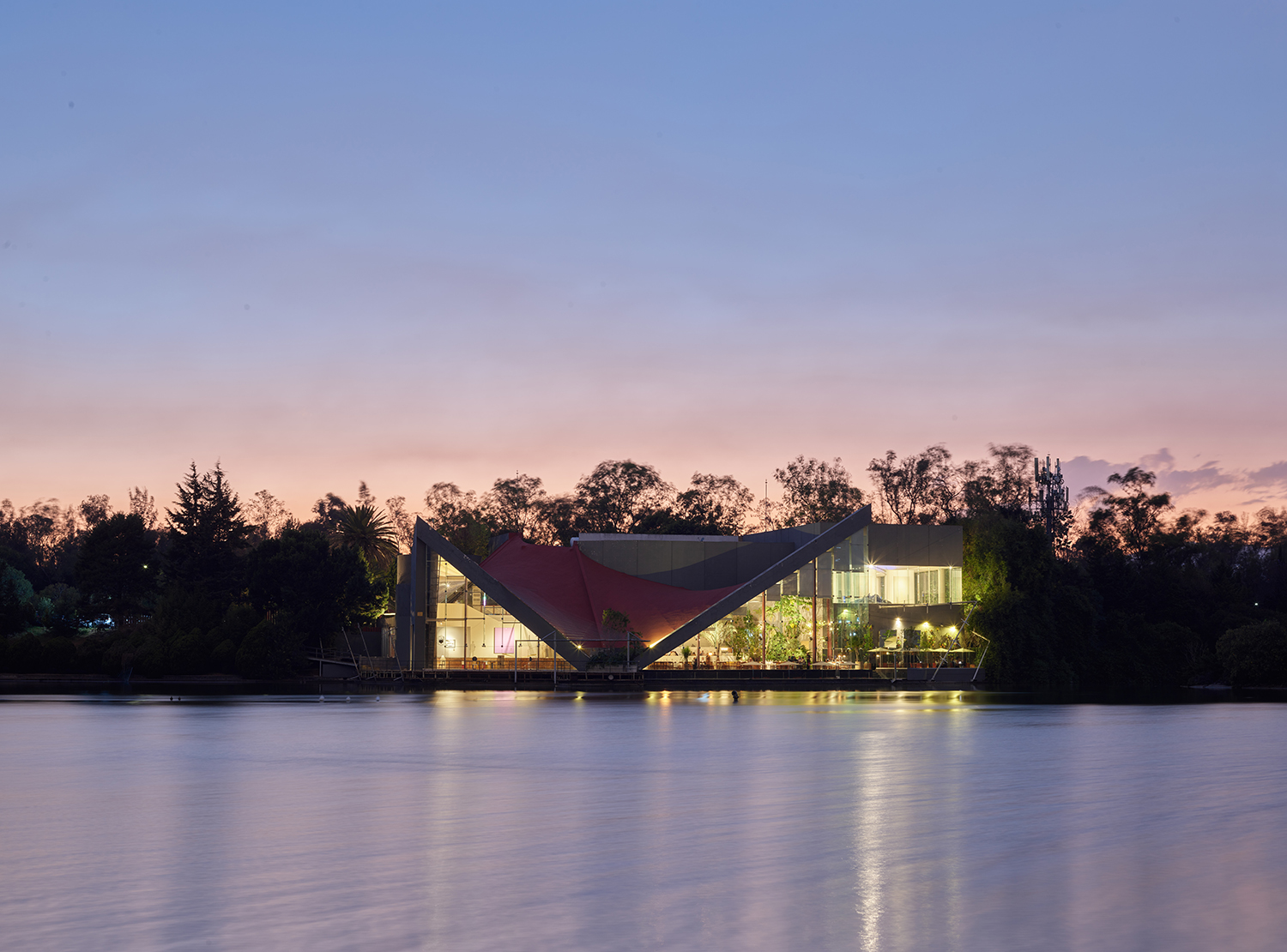 At the exhibition’s reflective resting point, visitors are invited to take off your shoes and walk on a carpeted expanse to examine Pia Camil Blujeanando. The artwork is made up of a bunch of hand-sewn sculptures from 120 pairs of denim jeans that were produced in Latin America and sold to American retailers before ending up south of the border in discount markets in Mexico City. “It’s an idea of ​​transformation; it is why you take off your shoes, to think about where we are today,” says Riestra. “Its form follows the energy, which is more harmonious path, a plus symbiotic relationship with this livable system. People are looking for a deeper meaning now.”

A version of this article first appeared in our Summer 2022 issue under the title “Something Special”. Subscribe to the magazine.