By Adry Torres for Dailymail.com

This is the terrifying moment a drunk driver rammed his car into a group of more than a dozen cyclists in Mexico City.

The cyclists were traveling on a road when they were hit on Sunday by René Cruz, 37, in the district of Coyoacán.

A surveillance camera showed how Cruz abruptly moved from the middle lane to the right lane, apparently losing control of his car and crashing into the peloton.

A still image from a CCTV camera shows the aftermath of Sunday’s crash in Mexico City after a drunk driver identified a mowed down Rene Cruz 12 cyclist. Four of the cyclists were diagnosed with head trauma 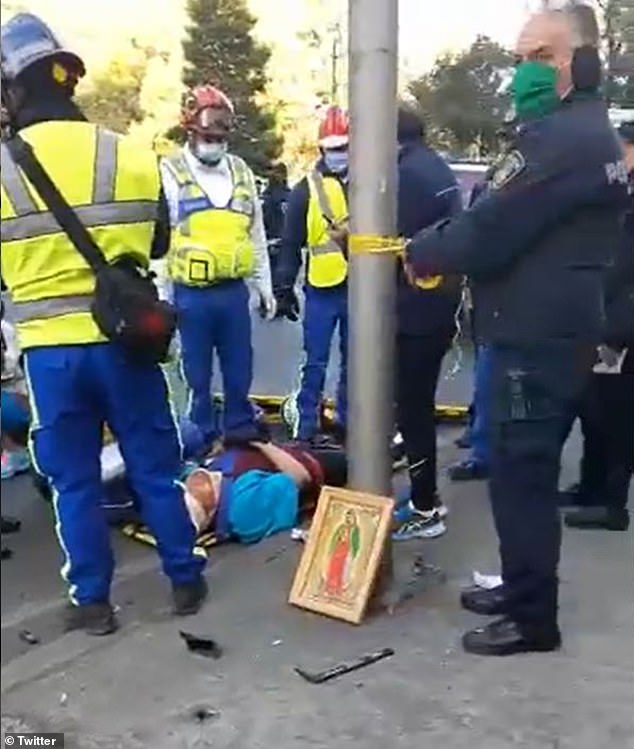 A 34-year-old man and a 45-year-old woman suffered bruises. Both have been released from the hospital.

According to Milenio, witnesses assaulted Cruz and detained him until the police arrived.

Alejandro Martínez, 27, who was sitting in the front passenger seat, was taken into custody for obstructing Cruz’s arrest, online news portal Infobae reported. 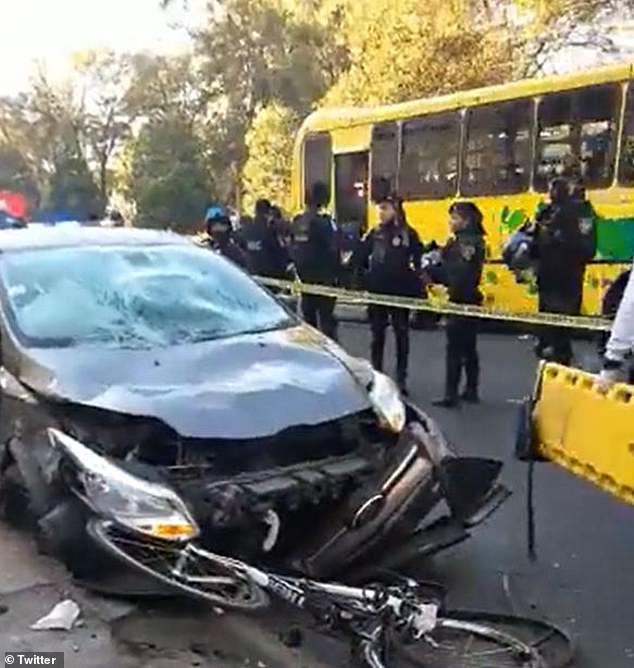 Authorities also took away a passenger who was in the vehicle after he tried to prevent police from arresting his friend, who was driving under the influence of alcohol. 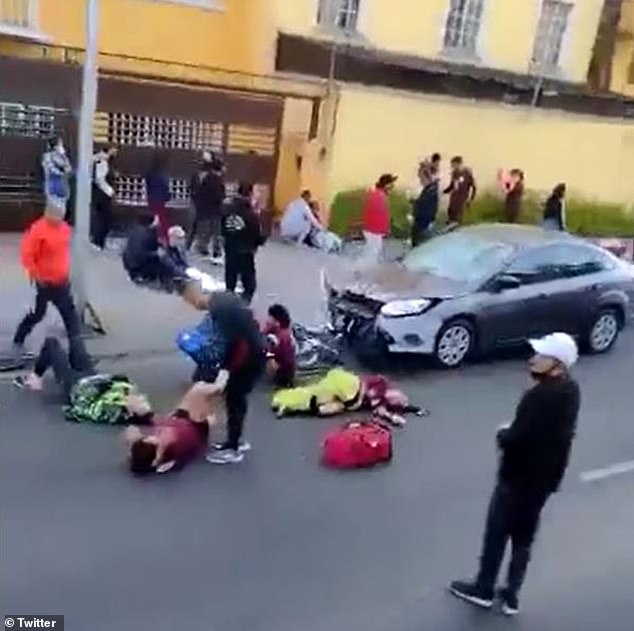 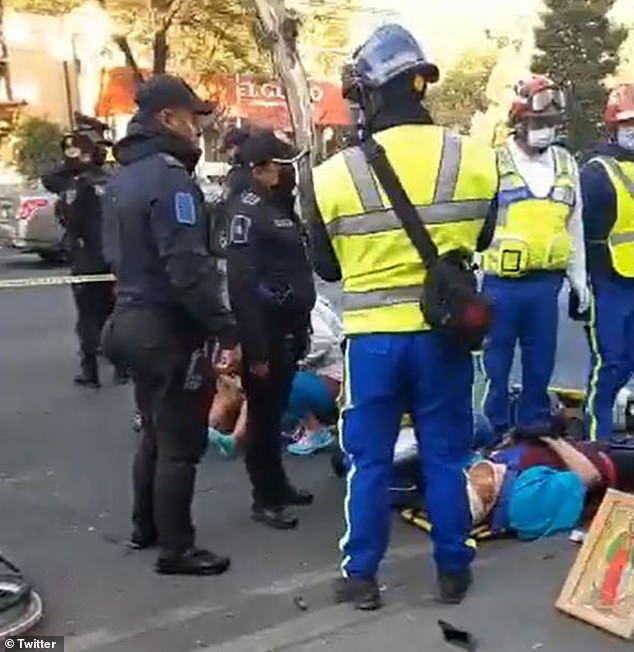 On Monday, 10 of the 12 cyclists were hospitalized in Mexico a day after a 37-year-old drunk driver identified as Rene Cruz rammed his vehicle into the group in Mexico City.

The injured cyclists belong to a running and cycling club in the borough of Xochimilco in Mexico City.

The bikers were in the middle of a 19-mile ride from Xochimilco to the Basilica of Our Lady of Guadalupe in Mexico City when they hit Cruz.

“It’s very sad, it’s very bad,” Mexico City Mayor Claudia Sheinbaum said. “It’s terrible that people are walking around drunk and thankfully the authorities have detained him and (he will be prosecuted under) the full weight of the law.”